NEPEAN – The Ottawa Police is investigating hate motivated incidents in the area of Viewmount Drive and Four Seasons Drive in Ottawa’s west end.

Within the last week, there have been at least two incidents involving a grey, newer model, Hyundai Elantra.

“The vehicle and its occupants have been approaching pedestrians of Asian descent and yelling racial slurs, obscenities and swearing at them,” the Ottawa Police Service (OPS) released in a statement Tuesday (May 5). “In all of the incidents, witnesses describe occupants in the vehicle as an older Caucasian male and an older Caucasian female.”

Police say these incidents are possibly related to the COVID-19 pandemic which has resulted in an increase in acts and displays of prejudice, xenophobia and discrimination that has, in some cases, lead to violence against Asian Canadians.

“The Ottawa police is aware of similar incidents in other jurisdictions,” the OPS said. “In partnership with the community, the service will make every effort to educate, report and investigate these hateful incidents fully.”

Investigators are looking to speak with anyone who may have witnessed these incidents or who has information about the vehicle and occupants. Anyone with information is asked to call the Det. Ali Toghrol of the OPS Hate Crime Unit at 613-236-1222, ext. 5453. Anonymous tips can be submitted by Calling Crime Stoppers toll-free at 1-800-222-8477 or at crimestoppers.ca.

A tour of Ottawa’s historic visitors 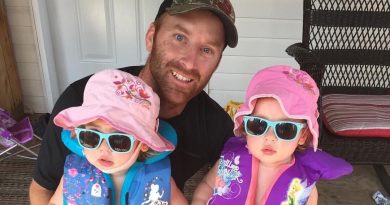