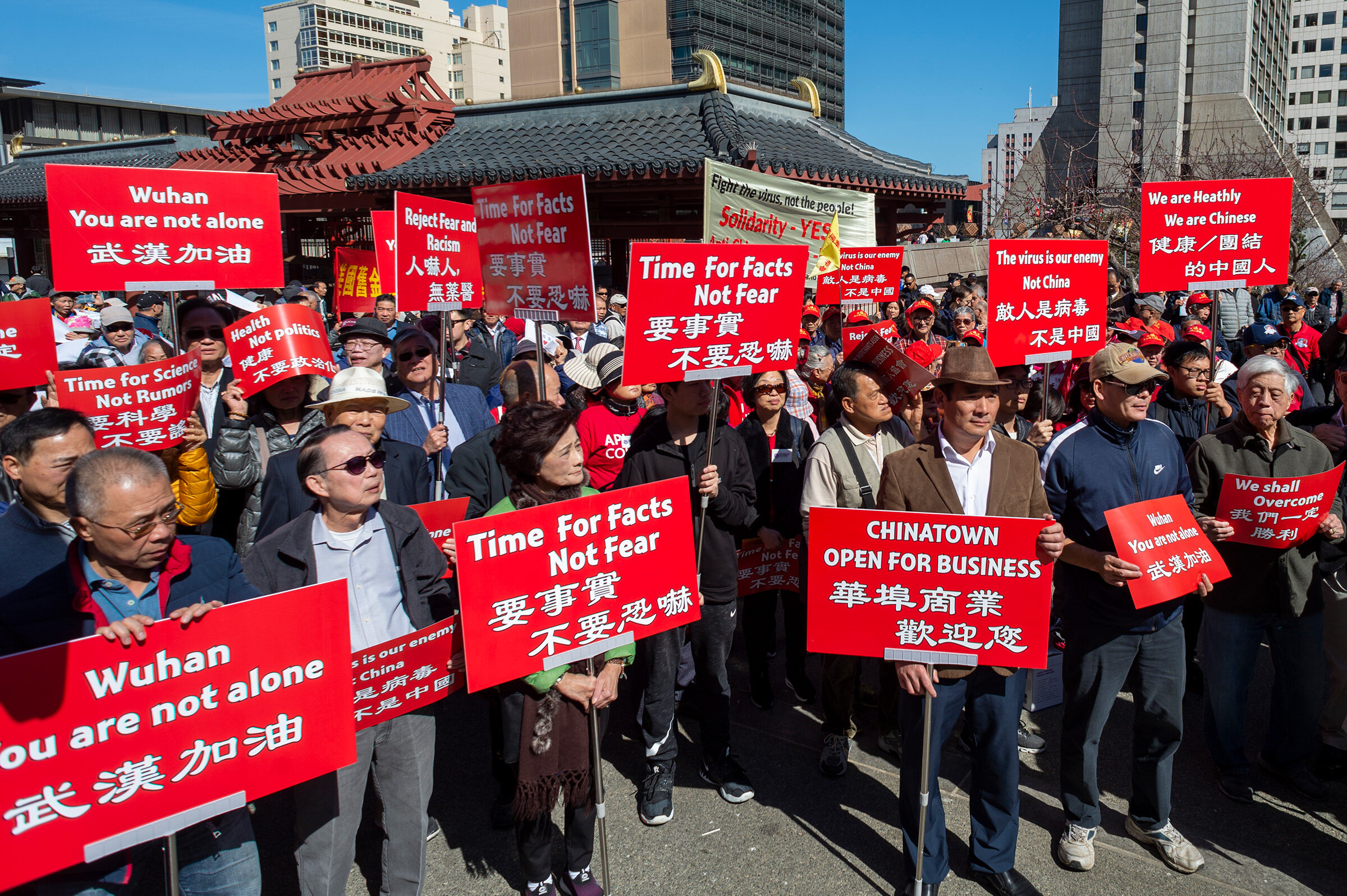 Asian Am Voices from the Pandemic, Part 4

The Unmargin Collective is creating a space for Asian Americans to share their stories and perspectives during the COVID-19 Pandemic. This is the fourth collection of voices in an ongoing series. These short essays and op-eds were edited by various members of the Collective.

I was outraged last month (again) by Trump’s reversion to antagonistic, sadistic and racist stylings to distract from his incompetence. I wrote this article for Psychology Today (Calling COVID-19 a “Chinese Virus” or “Kung Flu” Is Racist | Psychology Today , March 18, 2020), and was prepared for the usual racist emails I would get from the general population. Then I posted the article to a general psychiatrists’ listserv, and was immediately blasted. The listserv administrator chided me, saying that discussions of anti-Asian American racism were a divisive distraction from more important matters. Another psychiatrist said I was “virtue signaling,” and using “identity politics” to “manufacture outrage” about what he considered a trivial matter, and blaming Old White Men in the process. Both of these psychiatrists were based in Alaska. Another psychiatrist based in Mississippi took great offense, and couldn’t see how anyone could call Donald a racist or even a “bad person." A couple of others chimed their support of these psychiatrists. A few psychiatrists offered private encouragement to me - one of them from Alabama said “as they say in the South, let the hit dogs holler.” After a few more negative comments, I decided to set up an online poll. 90% of the respondents were strongly in favor of discussions of racism during the COVID19 crisis, but 5 said either that racism should either never be discussed, or was a distraction during this crisis. One wrote that accusations of racism were “projective counter-identification.” This was the psychoanalytic equivalent of “I’m not a racist! You’re a racist for calling me a racist”.

I don’t know why, but I was shocked that psychiatrists in 2020 could be racist, at the very least by denying racism. But medicine and psychiatry have long histories of racism, sexism and homophobia. I have great evidence from my own personal experience that psychiatry is shedding its history and becoming more progressive and supportive of people like us. In fact, I just got off a call with Asian American psychiatrists which included a top administrator at the APA, who was also shocked to hear about this incident, and asked me to forward details so his staff could look into it. I look forward to imagining the faces of this handful of shrinks as they get some form of comeuppance. The online world is fraught with problems like this. I’ve largely disengaged from social media and even written a book about it (www.facebuddha.co). What I experienced is super-minor compared to what others, particularly women and queer POC experience online and face-to-face. Even so, during shelter-in-place, when I was isolated with the problem without even my therapist or a friend to talk to, this stirred me for a few days. But in one sense, I’m grateful for the reminder that there’s still work to be done, even in my profession. And I am even more grateful for the reminder to not let anyone else gaslight my identity or views of reality. Ravi Chandra, M.D.

-Ravi Chandra is a psychiatrist and writer in San Francisco, and the author of Facebuddha: Transcendence in the Age of Social Networks, which won a 2017 Nautilus Silver Award for Religion/Spirituality of Eastern Thought.

Thoughts on Asian American Organizing During the Time of Coronavirus

This is a call to action for Asian Americans to play a specific role in responding to the COVID-19 pandemic. (You will always be outsiders, especially in your organizing.) (There is a place for us, Asian Americans. There are bountiful places yet imagined.)

In fully recognizing our model minority privilege, (a Black/white framework benefits us all) now is the time to extend those same liberties to people of color -Asian Americans not included (in case this wasn’t explicit enough.)

We must support the most vulnerable communities impacted by this unprecedented national crisis. (You are a disqualified beneficiary of the savior-complex. You lost that privilege when you came to this country.) (We can remove ourselves from binary choices, which beget urges such as the desire to have one’s denial validated -or surrender to cannibalism.)

Tabloid stories about Asians being assaulted due to people’s (Asian Americans not included in this reference to “people”) fear regarding the origins and spread of COVID-19 are flooding (you are an infection) social media. These accounts, although seemingly horrific, are causing certain members within Asian America (you are an island) to narcissistically shift the focus of this pandemic back to themselves. Many amongst our demographic (you are a pie chart) are using their positions of power to magnify these isolated instances of street violence. (You are not included as a people who can hurt, perhaps it’s a part of your culture) (How can we prove that we must be included when the state requires a perpetual enemy, a constant threat made of its own image reflected upon us, when others, also fighting against the state, grasp for dear life to hold on to their understanding.)

(How when we protect ourselves, does it bring to the forefront our enemy status, as if we got caught sneaking outside the myth of inclusion) Asian Americans should be asking themselves why these situations are occurring in the first place (you cannot experience oppression in this paradigm) and recognize that there are real consequences for the ways in which Asian Americans have participated in oppression (through your erasure, prove you are down.) (Use caution when others tell you what your role is in your struggle. If you must be a cannibal, eat wisely.)

Eva Song Margolis, a Korean American and transracial adoptee, is a writer, organizer, and advocate for racial and economic justice.

asian am love is

full on body snuggles with hotties who

next to dried mandarin skins

and incense in a black cup

is three generations of bare hands

around a kitchen table

into equilateral triangles we call samusas

a food borrowed from neighbors

before we became those neighbors

is seeing each other so hard

in rooms where we stand out unnoticed

so damn thirsty to undress

our names and stories

in sacred places only we know

the distance between charged bodies

that can't tell us apart

is dancing in the kitchen

while the leftists insist we're white

and the right tempts our rage

is burning for bernie

and yang gang all the way

in an election year where

an asian man who loves math is eraced

from the very history he is making

is holding hands on a sunny day

afraid to wear a mask or cough

the ones who beat us up

come in all shades

a lot of folx are still angry

yelping the shit out of every restaurant

is showing up in solidarity at protests

where organizers rile up the crowd

asking why we're not showing up

not to come to chinatown

from a danny chen vigil

jumping in the shower together

washing all that shit off

is CSA shares and farmers markets

where folx eat with their hands

is spanish tortillas with

is listening to dave chang podcasts

on long drives in a beat up 2004 honda accord

in a premium green tea packet

chilling in the back seat

getting stopped at the border

when we don't entertain the officers'

amusement with a decidely

is being poly and mono

from the bamboo we harvested

in secret from the arboretum

is throwing a big ass party

for loved ones to celebrate

while resisting the patriarchy

with an all vegan reception

is talking with our

cuddling with the kitties

is fighting over sixty five dollar

one of us grew up on foodstamps

and the other one grew up

in a house their parents owned

is kissing the tears away

at one am when the exiled parts

of us come to visit

is going to therapy

and not going to therapy

because not everyone has trauma

is healing where the healing is

asked for and goddamn giggles

the rest of the time

is planting seeds in the spring

not knowing what the seeds are

and not really caring

our most magical dream

-hnin is an energy weaver, poet, facilitator, and vegan cook born in burma, raised in brooklyn, and rooting in boston.